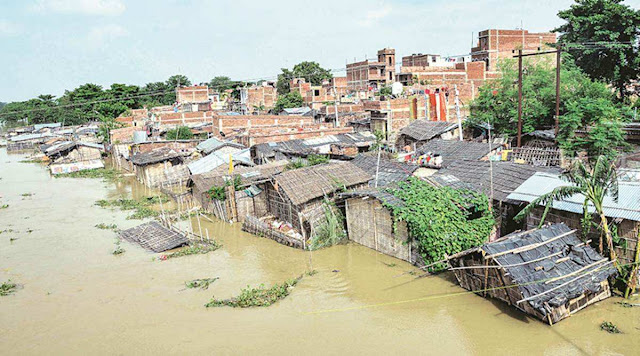 Big news is coming from Patna, the capital of Bihar. According to the latest reports, flood havoc is continuing in many villages of Patna district. Due to which the problems of the people are increasing. Water is spread all over the village.

According to the news, many villages of the district including Patna are facing the threat of floods due to Ganga and Punpun river. Flood waters have entered some villages. In view of this, the district administration has become alert and the Water Resources Department has issued several instructions.

Let us inform that the Ganges river has reached above the danger mark at Gandhi Ghat, Collectorate Ghat as well as Digha Ghat in Patna. Due to which water has started entering the villages around Patna. Due to this the problems of the people are also increasing.

At the same time, the diversion built on the Morhar river in Masaudhi has been broken and people have started facing problems due to floods. Due to this flood water can reach in many villages of Masaudhi block. The district administration is keeping an eye on the situation in the entire district including Patna city so that people do not have to face any major problems.