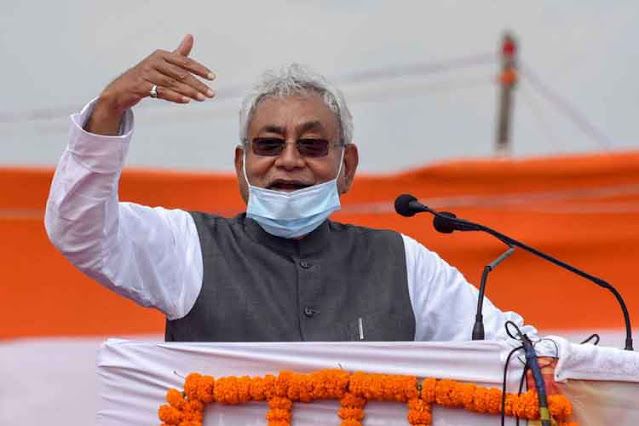 Big news is coming from Patna, the capital of Bihar. According to the latest report, the Chief Minister of Bihar said many big things while addressing the state on Independence Day. Along with this, CM Nitish Kumar has also made 10 big announcements.

1. On Independence Day, Nitish Kumar announced to increase the dearness allowance of employees to 28% in Bihar on the lines of the central government.

2. The CM said that all the villages of the state will be made milk cooperative societies in the next 4 years. In the new committees, 40 percent of the committees will be women milk committees.

4. The CM said that all the works for the development of eco-tourism in Bihar will now be done by the Department of Environment, Forest and Climate Change.

5. Renovation and development of market committees will be done to provide market facilities to the farmers of the state for agricultural products.

6. The CM said that we are fully prepared to deal with the possible third wave of Corona.

7. CM said that while expanding Sudha Dairy to all municipal bodies, all the blocks, its sales centers would be opened.

8. Under the Civil Services Promotion Scheme, for the preparation of BPSC, UPSC Mains, women of all classes will now get an assistance of 50 thousand and 1 lakh rupees.

9. 33 old hostel dilapidated buildings of Scheduled Castes and Tribes are being fully constructed.

10 Ksim range of family income for the benefit of scholarships to children belonging to reserved categories said went 3 million annually.