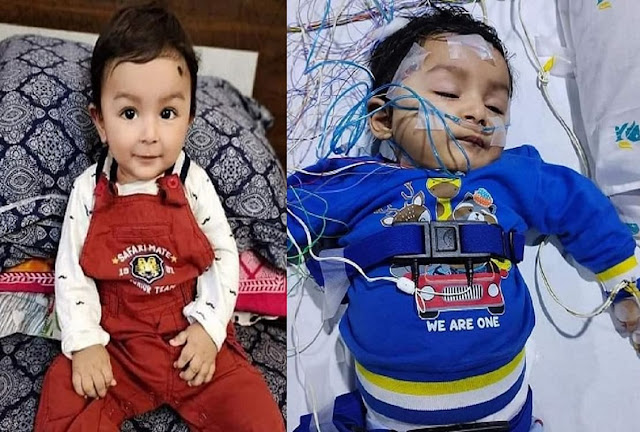 The name of the son of Alok and Neha, living in Patna, is Ayansh. According to the information received, 11-month-old Ayansh is battling such a rare disease. For the treatment of which he needs an injection of 16 crores. After getting this injection, Ayansh will get rid of this rare disease.

According to the latest report, Ayansh's parents made that two months after the birth, Ayansh's health started deteriorating. After this, after showing many doctors of Patna, he finally went to Nimhans of Bangalore with Ayansh. After investigation there, it was found that he had spinal muscular atrophy.

What are its treatments : According to doctors, its treatment is possible only with an injection named Zolgensma. The cost of one injection of this is about Rs 16 crore.

Let us tell you that regarding Ayansh, his parents reached the Janata Darbar of Chief Minister Nitish Kumar today. However, due to non-registration, he was made to sit outside. People are also running campaigns on social media for the treatment of Ayansh.