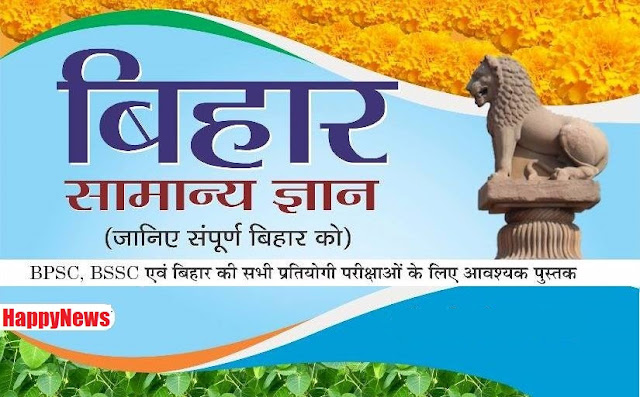 Bihar GK Quiz : For the people preparing for the competitive examination in Bihar, today we have brought 10 such questions which are frequently asked in Bihar Public Service Commission and Bihar Staff Service Commission. So everyone should have the right information about it.

These 10 questions asked in the competitive examination, give answer?

1. Which is the least populated district in Bihar?

2. Which ruler first made his capital at Pataliputra?

3. Jharkhand state has been formed by taking what percentage of the land of old Bihar?

4. Why was Nalanda University world famous?

5. Which Nawab of Bengal made Munger his capital?

6. After the fall of the Mughals, Bihar became under whom?

Answer: Became under the Nawabs of Bengal.

7. By whom was the world's first republic established in Vaishali?

8. Who presented the economic survey of the state for the first time in Bihar?

9. Which district has the highest female literacy in Bihar?

10. By whom is the decision taken for holding Panchayat elections in Bihar?