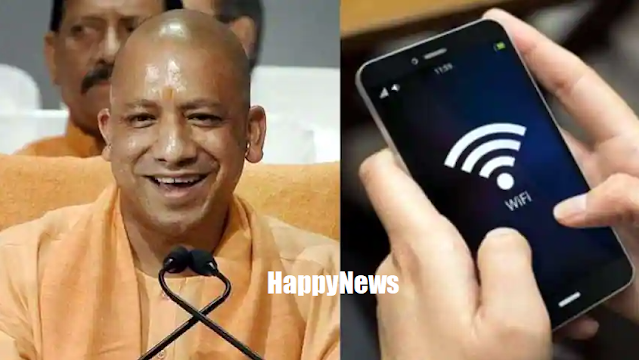 Big news is coming from Lucknow, Uttar Pradesh. According to the latest report, the Yogi government is going to provide free Wi-Fi facility in many cities of the state including Gorakhpur, Ayodhya, Meerut, Lucknow. Preparations have started regarding this.

According to the news, the Yogi government had tied up with Sikka Broadband on September 1 to provide free internet connection to the people living in these cities of the state, which is now preparing to be implemented soon. Very soon people will be able to take advantage of free Wi-Fi in these cities.

Let us inform that apart from the cities of Gorakhpur, Ayodhya, Meerut, Lucknow, Kanpur, Agra, Aligarh, Varanasi, Prayagraj, Jhansi, Bareilly, Saharanpur, Moradabad, Shahjahanpur, Ghaziabad, Mathura-Vrindavan and Firozabad, free Wi-Fi in other small cities of UP. -Fi facility will be available.

According to the information received, free Wi-Fi facility can be available in these cities of UP from the month of October. Preparations are going on for this. This facility will be made available exclusively in those places. Places where a large number of people live.