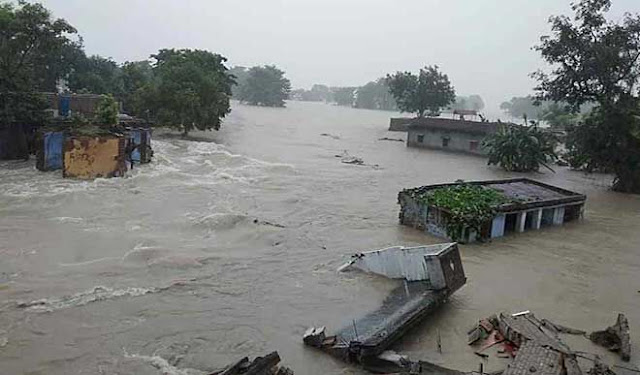 News Desk : A big news is coming from Patna, the capital of Bihar. According to the latest report, the threat of floods is once again looming in 10 districts of Bihar. Most of the rivers originating from Nepal are flowing above the red mark. In view of this, the government is alert.

According to the news, to deal with this crisis of flood, the Nitish government has also issued guidelines for the officers of all the departments. At the same time, they have been asked to remain alert so that people do not have to face more problems due to floods.

Let us tell you that along with North Bihar, the crisis of flood in Kosi region is deepening again. The water level of river Ganga has also started rising from Buxar to Bhagalpur. Due to which flood situation may arise here too.