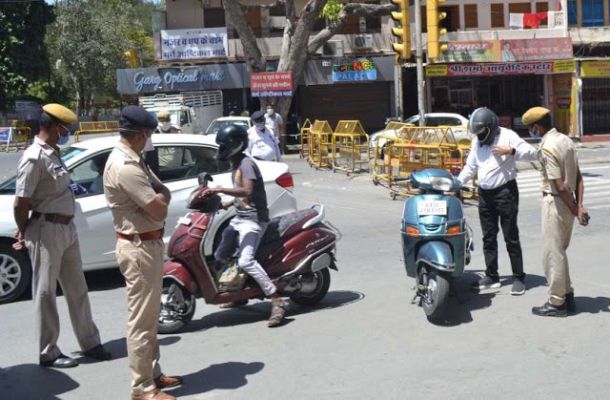 A big news is coming from Patna, the capital of Bihar. According to the information received, intensive vehicle checking campaign is being conducted at every major square and intersection of Patna. Simultaneously, action is being taken against those who are seen without helmets.

According to the news, more and more people are buying fake helmets to avoid vehicle checking. Many shopkeepers of Patna are openly selling fake helmets as ISI certified. However, both wearing and selling such helmets is a crime.

Let us tell you that most of the deaths in accidents in Bihar are due to substandard helmets. That's why people should avoid wearing such helmets. Helmet for Riders of Two Wheeler Motor Vehicles 2020 has been implemented in the state.

According to this law, wearing and selling low quality helmets is an offense under the law. Such people can be fined up to a maximum of two lakhs. That's why you ride a bike only by wearing an ISI certified helmet. Barna administration can take action.