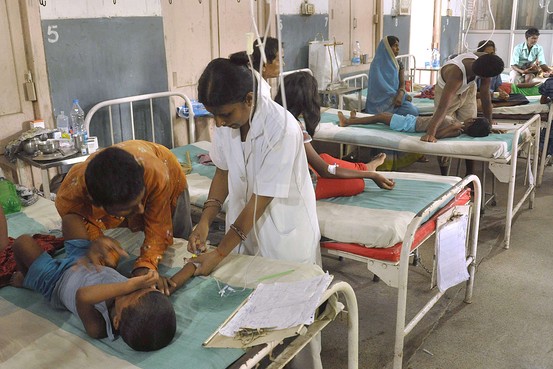 Big news is coming from Muzaffarpur, Bihar. According to the latest report, the outbreak of virus fever is increasing in Muzaffarpur district. Many children of the district are falling ill due to this fever and the problems of their families are increasing.

According to the news, every day more than 200 children suffering from viral fever and other diseases are reaching the government hospital in the OPDs of different hospitals of Muzaffarpur. Due to this the concern of the health department has also started increasing.

Let us inform that on Saturday, 85 children have been admitted in Piku ward of SKMCH, Muzaffarpur, 30 in Kejriwal Hospital and five in Sadar Hospital. A team of doctors is treating these children and keeping an eye on them.

Doctors say that due to sudden high fever in children, there are problems of cold, cold. However, after taking the medicine for four to five days, there is an improvement in his health. At the same time, their corona report is coming negative.