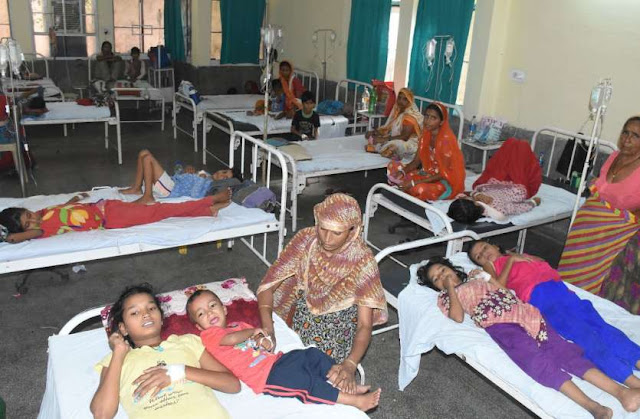 Big news is coming from Patna, the capital of Bihar. According to the latest report, during the fear of the third wave of Corona, many children in many districts of the state including Patna have come under the grip of viral fever. Due to this the problems of the people have started increasing.

According to the news, the beds available for children in PMCH, NMCH, IGIMS and Patna AIIMS in Patna are also in full condition. At the same time, 50 children are undergoing treatment at the Medical College Hospital in Bhagalpur. In which 20 children have viral fever.

At the same time, the number of children suffering from viral fever is increasing in all the hospitals of Muzaffarpur. Many children of Siwan, Gopalganj, East Champaran Sitamarhi are admitted in Piku ward of SKMCH. He has the problem of viral fever.

According to doctors, these children neither have corona nor Chamchi fever, it is viral fever. So people don't need to be afraid. If a child has a problem of fever, then he should consult the right doctor.