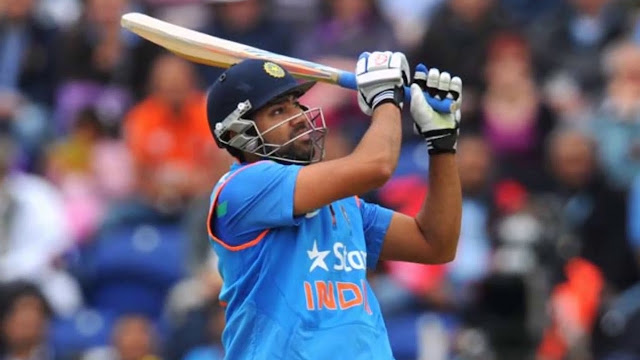 Sports News: There have been many such batsmen in the history of world cricket who are known to hit sixes. He has also made a world record for hitting sixes. Today, we will try to know about this subject, about six such batsmen in the world who have hit the most sixes in ODI cricket.

Top 6 batsmen who hit most sixes in a match.

Rohit Sharma: Rohit Sharma is second in this list. Rohit had hit 16 sixes against Australia in 2013.

Chris Gayle: The world's stormy batsman Chris Gayle had hit 16 sixes against Zimbabwe in Canberra in the year 2015.

Shane Watson: Watson hit 15 sixes in this match played against Bangladeshi team in 2011, which was the most sixes hit by a batsman in an innings.

Corey Anderson: Anderson scored a century against West Indies in 36 balls. During this, he hit 14 sixes and six fours.